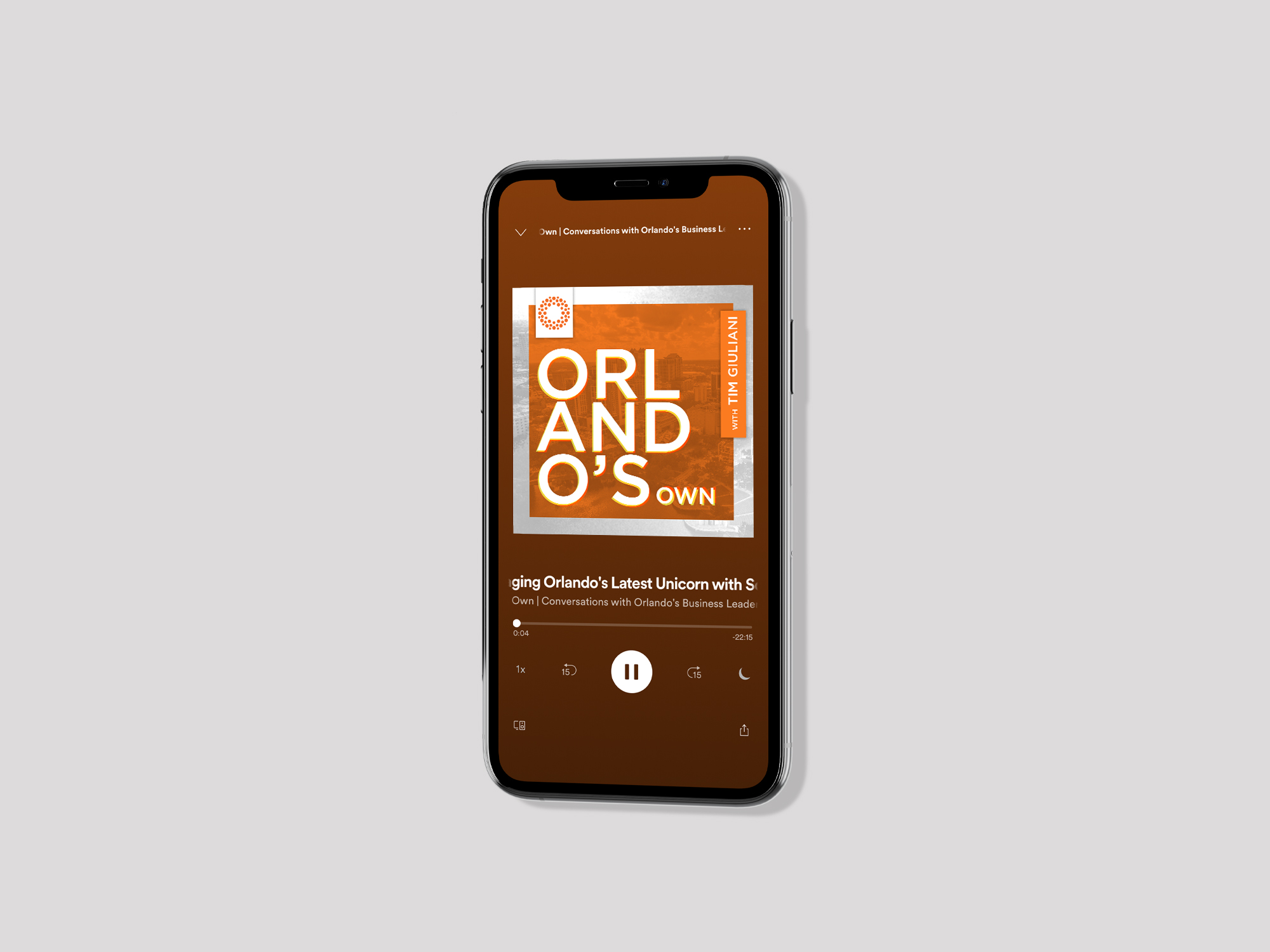 Scroll to see more about Orlando

What’s it like to acquire a company for $100 million dollars? How do you navigate a global crisis never experienced before? What’s it like to bring a company public? “Orlando’s Own” takes you backstage behind the stories of Orlando’s most innovative business leaders with host Tim Giuliani, President and CEO of the Orlando Economic Partnership.

Available for steaming on Apple Podcasts, Google Podcasts and Spotify as well as several other streaming platforms, “Orlando’s Own” is brought to you by Bank of America and produced by the Orlando Economic Partnership, a public-private, not-for-profit economic and community development organization that works to advance Broad-based Prosperity™ by strengthening Orlando’s economy, amplifying Orlando’s story, championing regional priorities, empowering community leaders and building a brilliant region.

NeoCity is recognized as the up-and-coming world epicenter for smart sensors, photonics and optics, and has ready-made synergies with the University of Central Florida (the nation’s largest producer of aerospace engineers), University of Florida, University of South Florida, Florida International University and Florida Atlantic University, as well as Central Florida’s large concentration of Department of Defense partners and contractors.

One of the biggest players in bringing this deal to Central Florida was Dr. Alexander Cartwright. He is a the President of the University of Central Florida. On this episode, Dr. Cartwright shares his insights into why this deal is so important to this region and why he came to Orlando.

How Ocean Insight is Making the World Cleaner, Safer and Healthier with Dr. Michael Edwards

Don’t know what that means? Don’t worry, in this episode Tim dives into what Ocean Insight does as a company, and his guest , Dr. Michael Edwards, shares some of his leadership insights.

Behind the $100 Million Deal for Travel + Leisure with Michael Brown

On January 6, 2021, Wyndham Destinations bought Travel + Leisure for $100 million dollars. Why would a timeshare company buy a media company? Michael Brown, who was the CEO of Wyndham Destinations, is now the CEO of Travel + Leisure. He is the mastermind behind this deal, and in this episode, we get an inside look of what it takes to not only start, but close this deal.

Why Travel + Leisure? Why during a pandemic? What is the future of hospitality? We find all of the answers in this episode of Orlando’s Own.

Taking a company public is one major feat, but managing it is a whole other challenge. In this episode, we dive deep into Scott Faris’ journey to becoming the Chief Business Officer of Luminar, a lidar company that is helping make autonomy safe.

Key topics addressed in this episode include: how Scott landed in technology after bouncing around in various industries, what Scott would do to turn Orlando into the next tech powerhouse, how he maintains a “nicest guy” persona even through the hard work and stress of working at a high-growth tech company.